Caroline Magerl was born in a small town near Frankfurt. Her parents wanted nothing more than to escape post war Germany with their newly born daughter, so to be certain her father applied to emigrate to four different countries. Australia was the first to respond and so, the small family was soon settled in Sydney. Within weeks her father began to build a steel yacht in their suburban backyard. After three years of banging and welding, the ‘Rosa M’ was ready to launch; much to the excitement of her family and relief of the neighbours.

Most of Caroline’s childhood was spent living aboard as they sailed between Sydney and Far North Queensland. There was very little in the way of TV, no phone, and long periods of travelling, which resulted in out-doorsy and book-wormy life in nearly equal measure.
For a while, Caroline’s dream was to captain a Sydney harbour ferry, but raging myopia was deemed a disadvantage to this career path. It turned out, however, that a penchant for staring into the murky mid distance while imagining things, was a good grounding for becoming a children’s book author.
It was picture books that her Grandmother sent from former East Germany that set her feet on that path. “The illustrations in those books had the peculiar impact of making it plain, that a world could be created with pencil, paint and paper.  Each book with its landscapes and its characters charmingly going about their story, were so different. At the time, this aspect was highly attractive and the implicit message that books are a chance to see the world through other eyes”, said Magerl .That message stuck and those five books became a major influence in Caroline’s creative life. They were a gift that she repays the world with her own creations. After a longish period working as a newspaper illustrator and cartoonist, Caroline began to illustrate children’s books in her thirties, then finally writing and illustrating her own books. Now married with one grown up daughter, Caroline lives on the Sunshine Coast, Australia in what appears to be an impeccably clean house with a prize garden, until she finds her glasses. 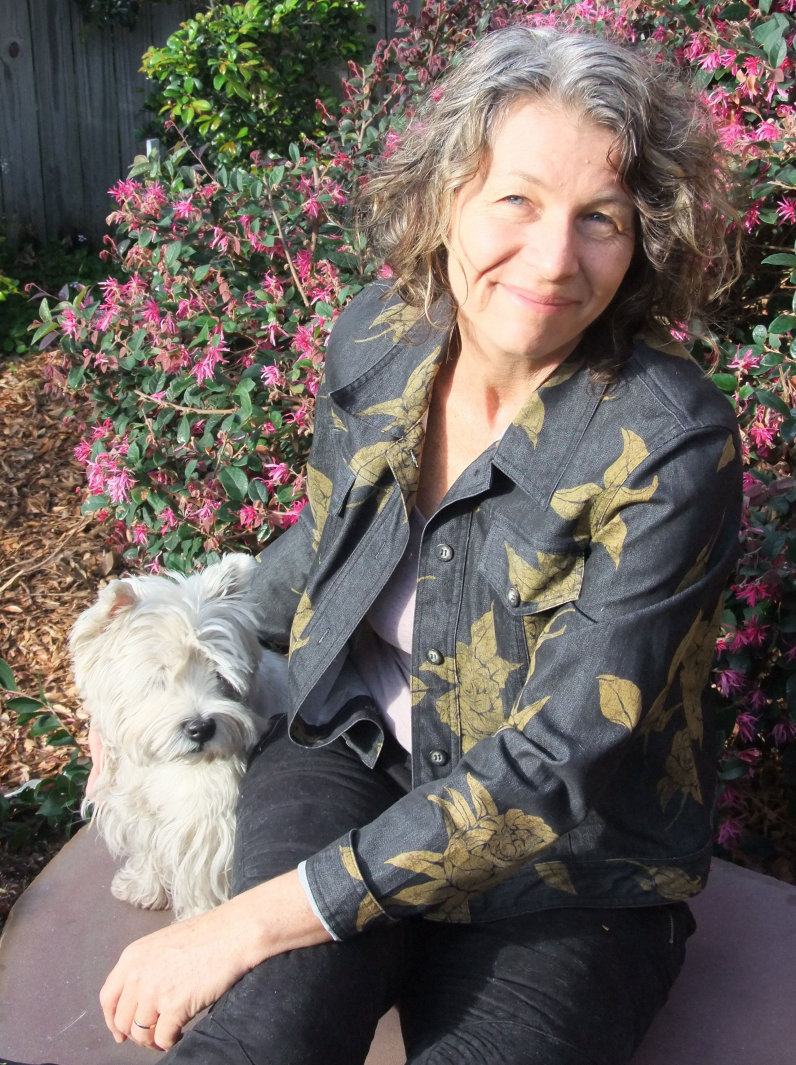 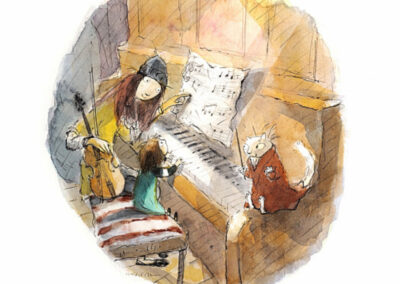 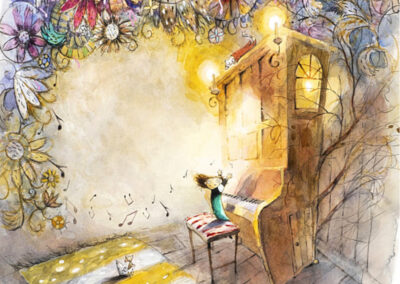 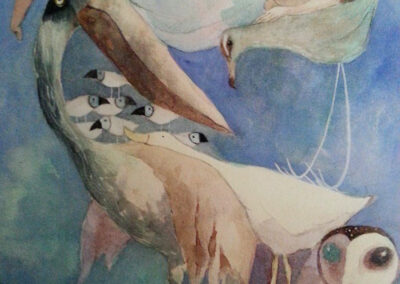 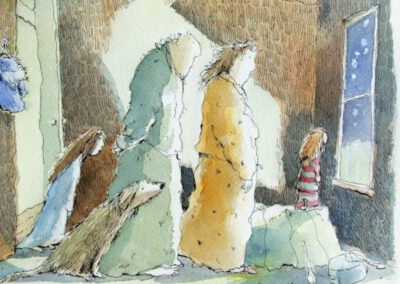 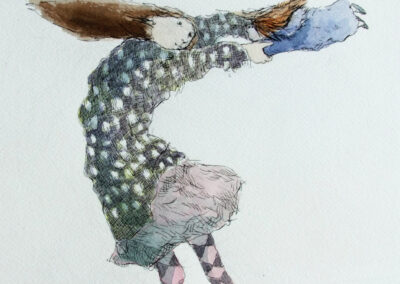 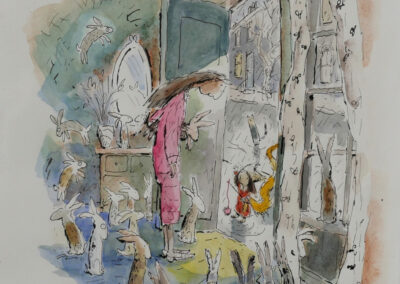 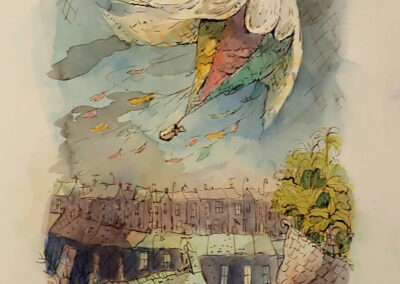 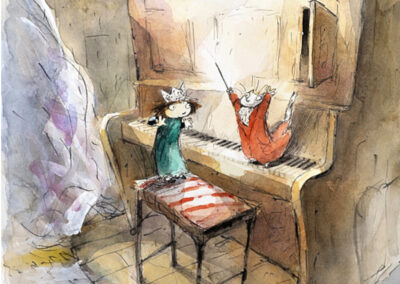 There’s whole symphonies up those sleeves by Caroline Magerl