Danyah stars in four Wizard Presents solo shows including ‘I Believe in Unicorns’ by Michael Morpurgo, which received an Argus Angel Award for Artistic Excellence at Brighton Festival 2014 and a Family Arts Festival Award in 2015; ‘Why the Whales Came‘ by Michael Morpurgo (UK and international tour); ‘Perfectly Imperfect Women – a biographical wonder tale‘ (Ovalhouse, Edinburgh Fringe 2017 and UK tour) which Danyah wrote and ‘Kika’s Birthday’ (Little Angel Theatre and Orange Tree Theatre) a story she wrote for her daughter which she has co-adapted, with her husband, for the stage.

For 3 years Danyah was a regular storyteller on BBC Three Counties Radio. She recorded a five part version of The Snow Queen for BBC Radio Solent which aired over Christmas 2014. 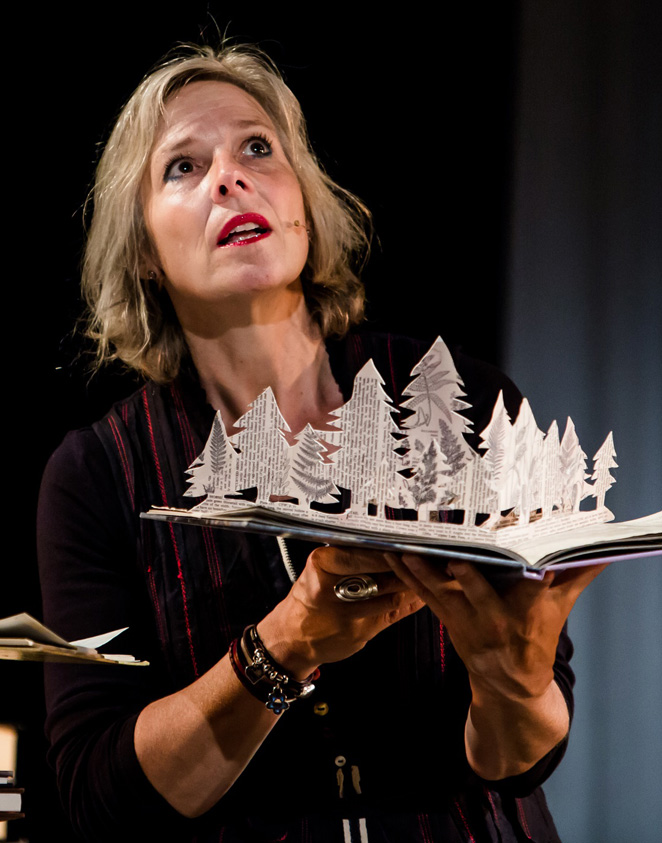 Danyah trained in drama, dance and English (BA Degree), later studying improvisation, mime and physical theatre at Lecoq in Paris. She ran a parent and toddler group for two years, at the same time founded a home-schooling kindergarten. Danyah is a Course Leader at The International School of Storytelling and works nationally in universities, schools, nurseries and children’s centres leading training sessions, Insets, CPD’s and working with theatre education departments.
www.danyahmillerstoryteller.co.uk

Danyah’s Top Ten Tips for Storytelling with Children was published in Guardian in 2014.
Read them here.

Danyah has been writing diaries since she was 11 years old. She writes, records and performs stories for children and adults.

Oberon Books published the script for Michael Morpurgo’s ‘I Believe in Unicorns’ which was adapted for stage by Danyah Miller and Dani Parr.
Learn More

Danyah co-wrote ‘Kika’s Birthday‘ with her husband and business partner, John Miller. It has been turned into a theatre production in collaboration with Little Angel Theatre and Orange Tree Theatre. It premieres in December 2017.
Learn More

Danyah’s other children’s stories include Moti the Goblin Prince; The First Tooth Fairy and The Ambassador’s Story.