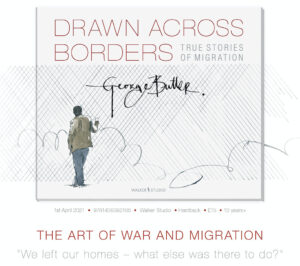 ‘Drawn across Borders’ by George Butler

George Butler is an award-winning artist and illustrator specialising in travel and current affairs. His drawings, done in situ are in pen, ink and watercolour.  In August 2012 George walked from Turkey across the border into Syria, where as guest of the rebel Free Syrian Army he drew the civil war damaged, small and empty town of Azaz. 6 months later he made a similar trip back to Syria to record the stories of refugees in the field hospitals and escaping the conflict.  His sense of adventure and ability to record scenes from life has led him to draw the world over: in courtrooms, on oil rigs and down gold mines just to name a few. 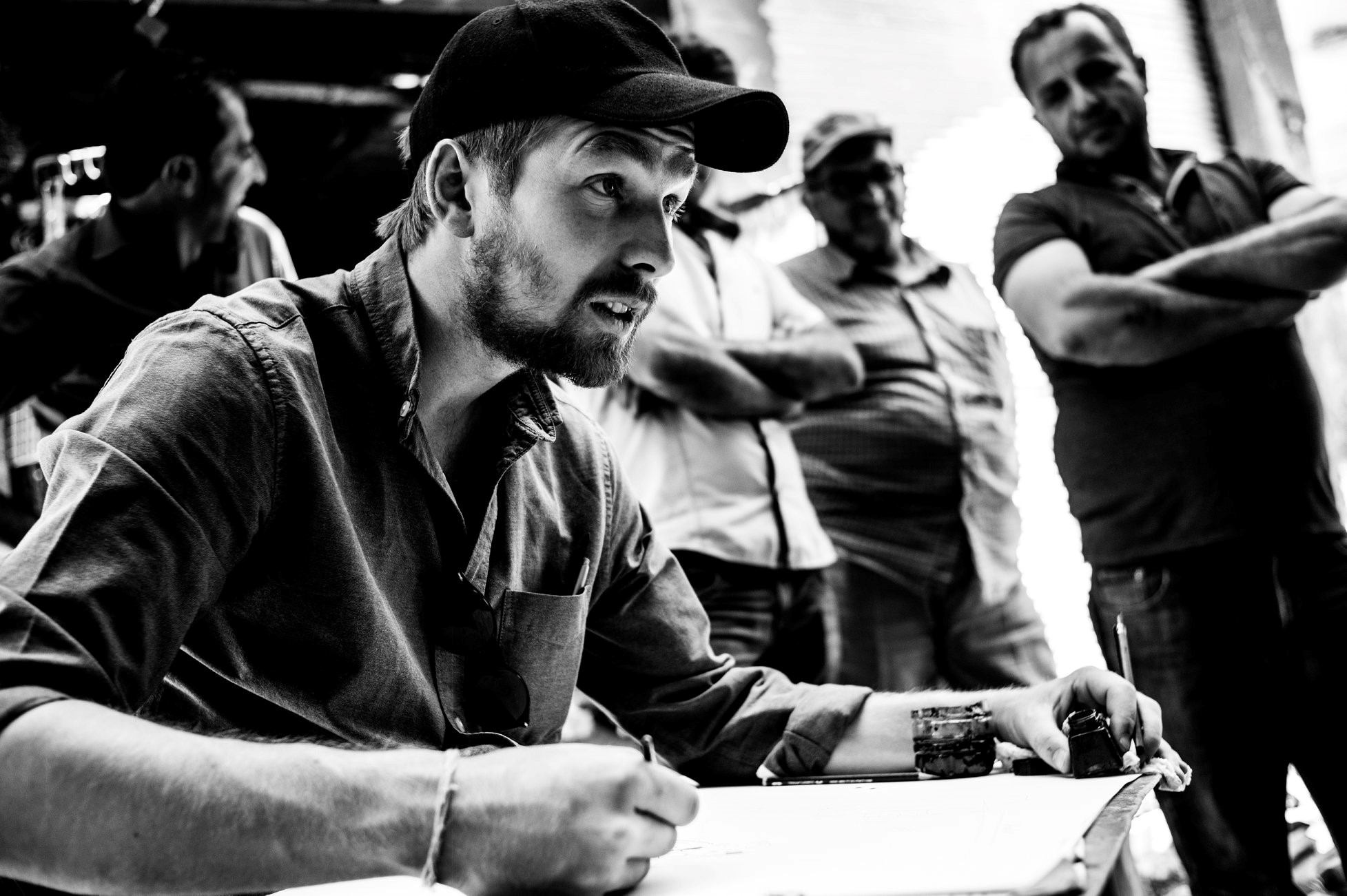 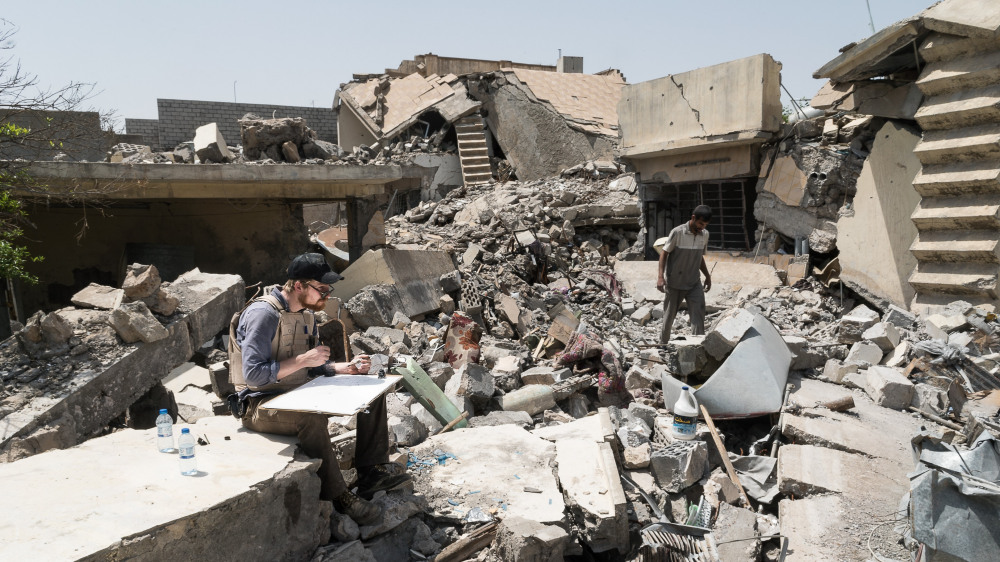 His most recent trip to Mosul was featured in the Guardian and described life in some of the liberated areas of West Mosul despite the abhorrent conditions.

His drawings have been published by The Times (London), New York Times, the Guardian, BBC, CNN, Der Spiegel, ARD television Germany, NPR (USA).  His work has been shown in the Imperial War Museum North and the V&A Museum which also holds some of his work in the National Archive.

In addition to his illustration George started a charity with three friends called The Hands Up Foundation that has raised over £4million for vulnerable Syrians. 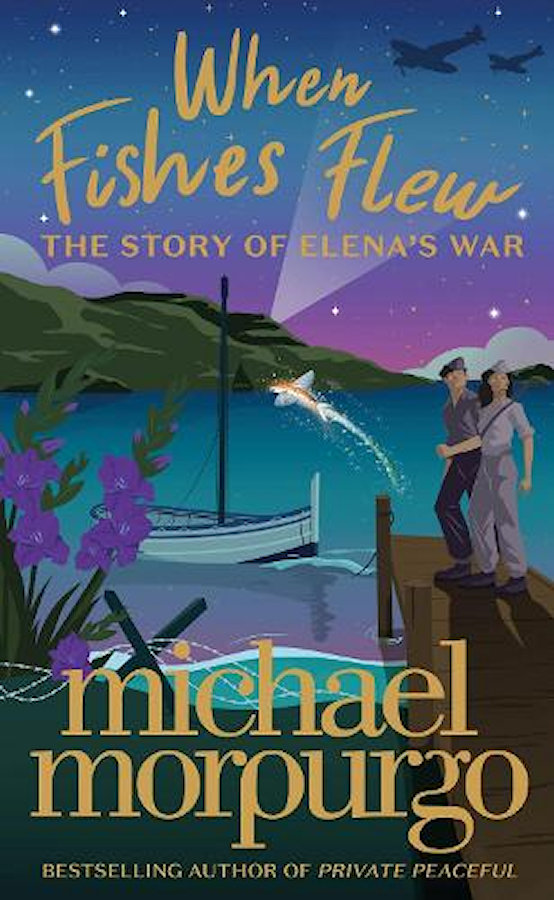 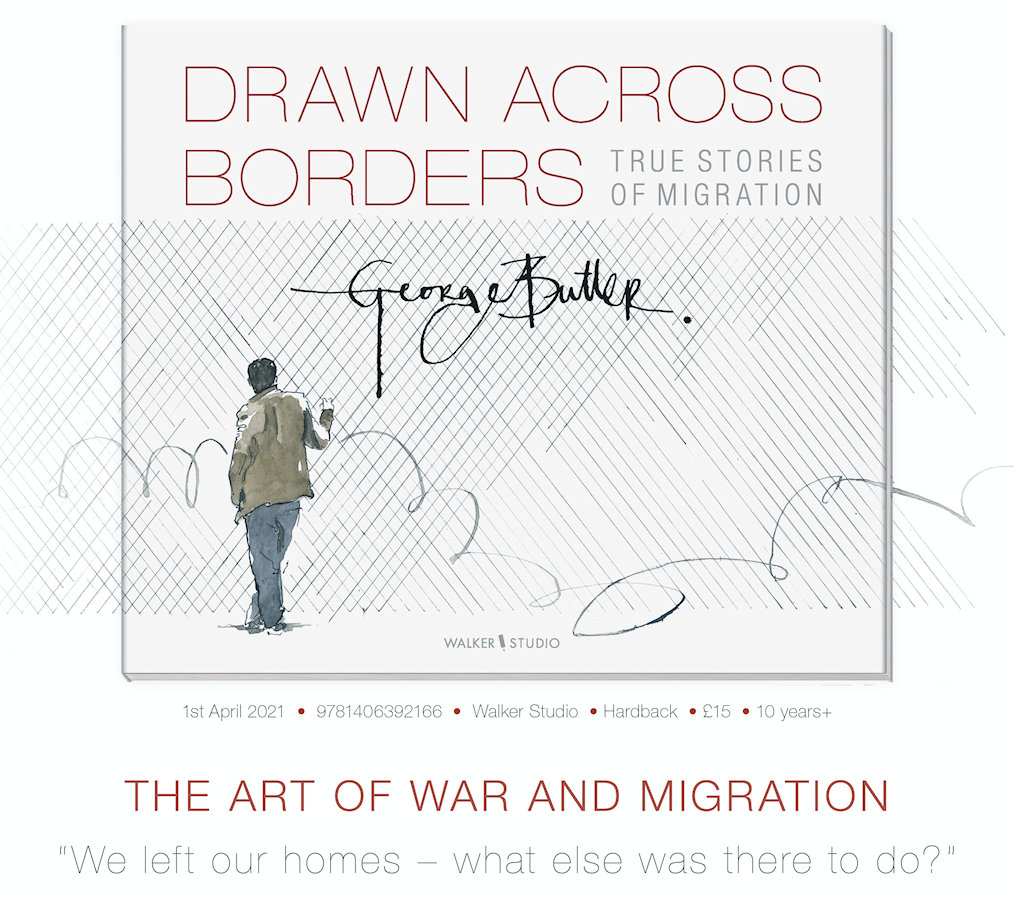 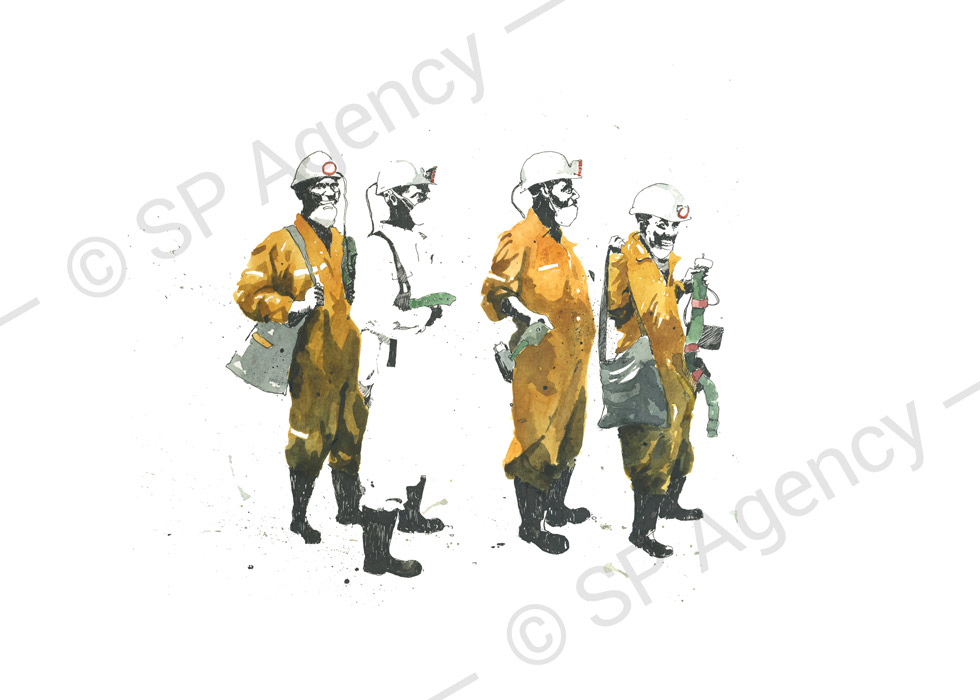 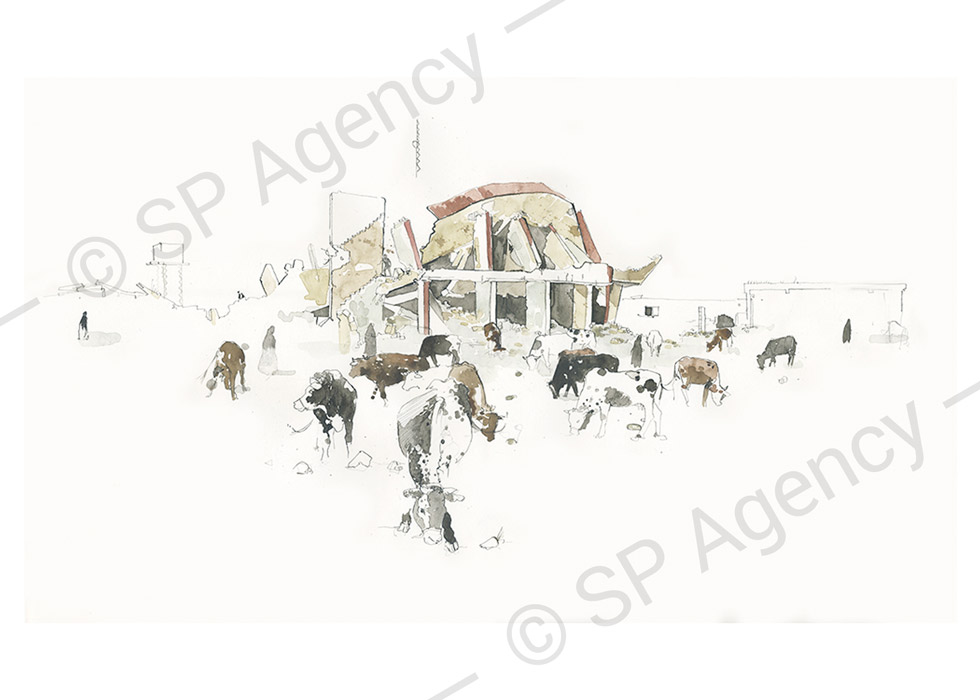 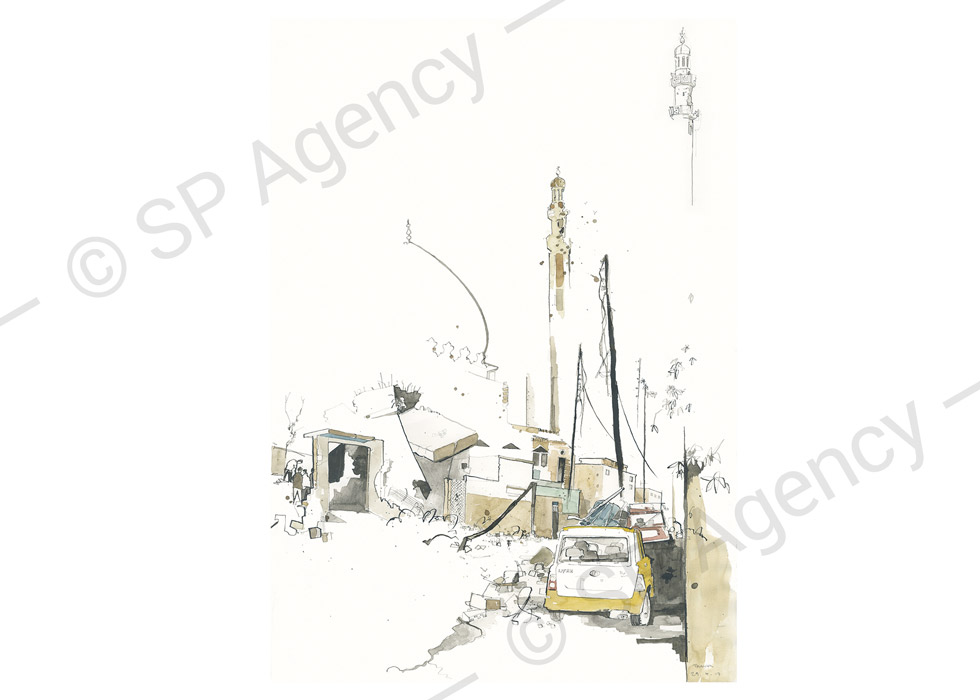 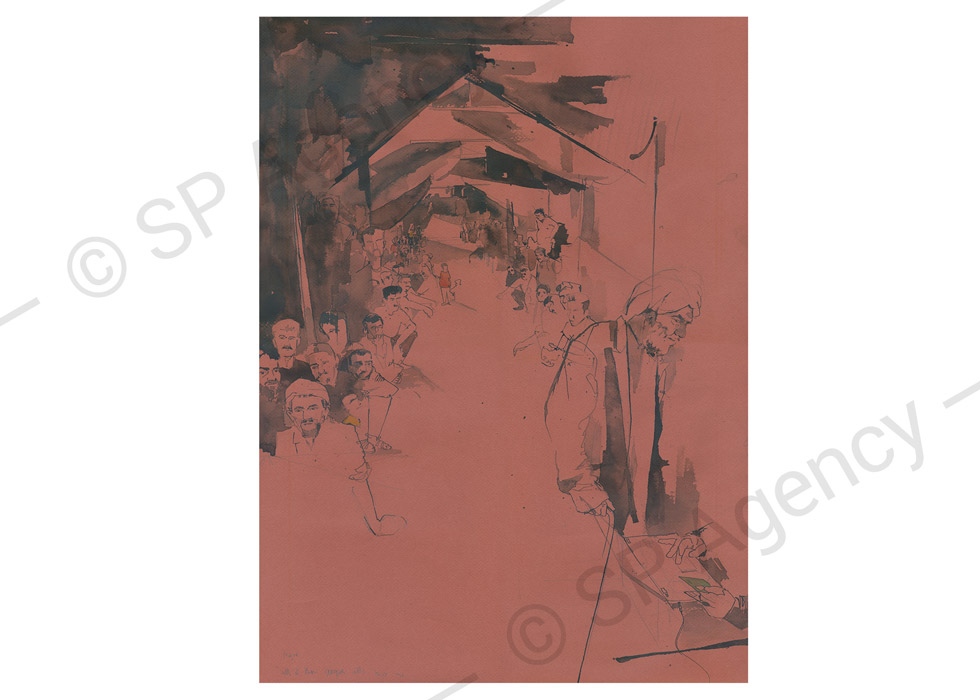 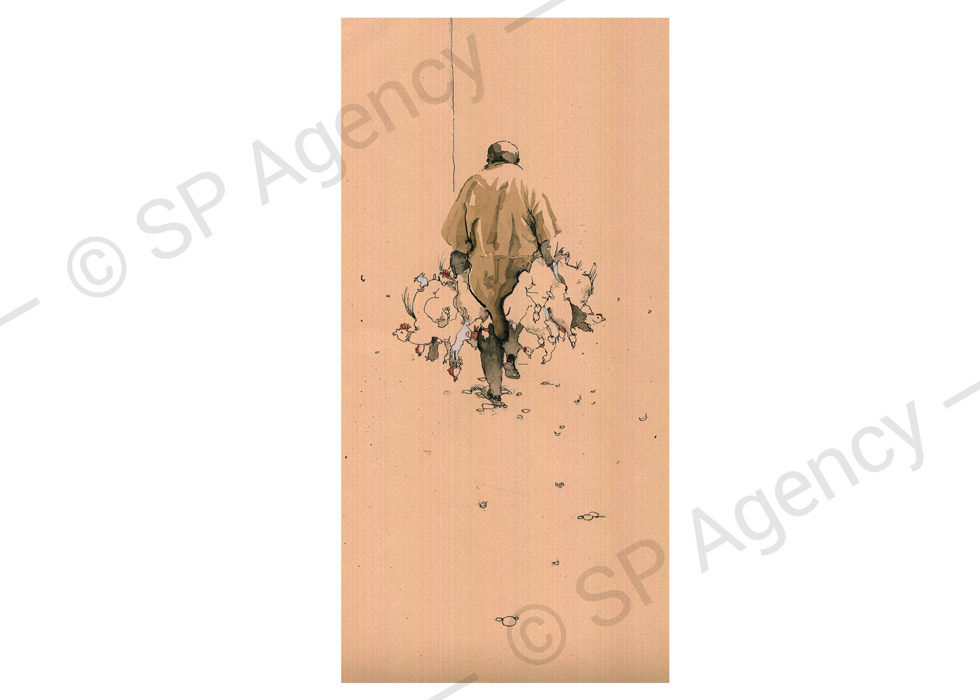 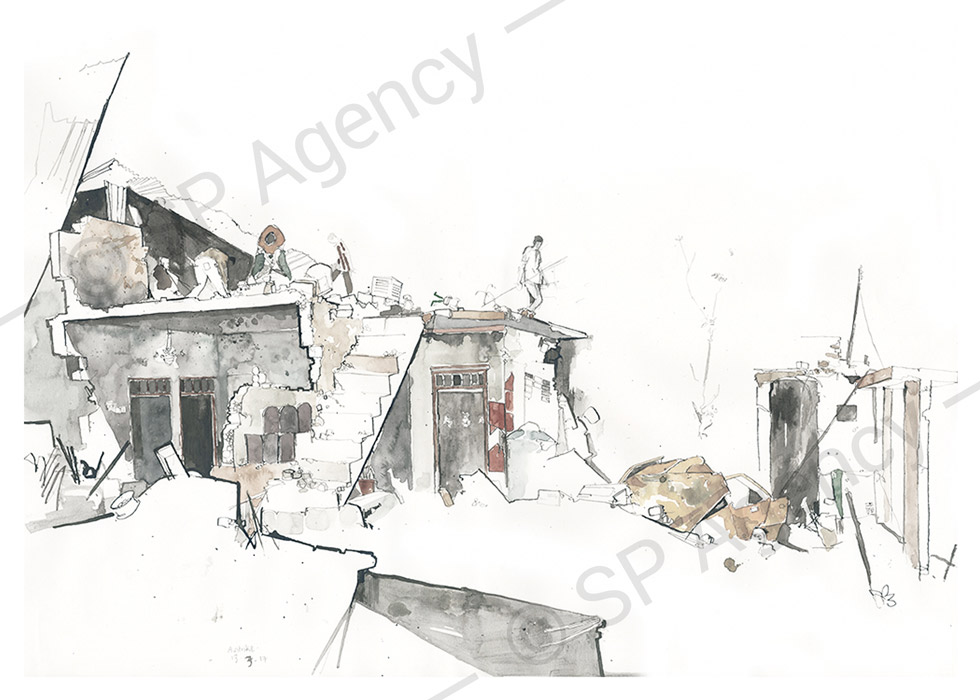 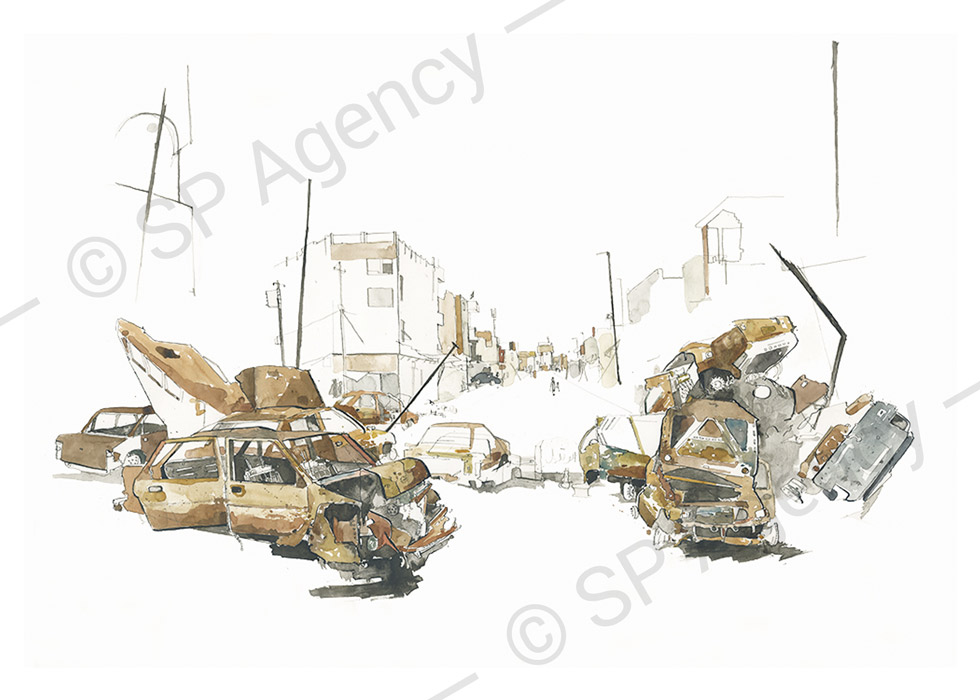